Is this the year we transition from pandemic to endemic..? Let’s hope so, otherwise the fatigue all things Covid-19-related will trudge onward, unfortunately. In the interim, a quick look back at 2021 saw the Grand Slam in pursuing the asset class, Ether. Never in my wildest dreams could I envision a 300%+ increase, but that’s what easy money and a tsunami of liquidity will do for you. A repeat in 2022? Simply, no; But one thing to count on is volatility, thus the GAZBit title (apologies to Bob Seger) so get ready to face several headwinds in 2022, namely higher interest rates, rolling pandemic scares, DC financial engineering, continued supply changes issues, mid-term elections, geopolitical sabre rattling, a baseball lockout…Shall I go on..?

Now that the Federal Reserve has (finally) made the QE-tapering reality, here come higher interest rates, yet even with that, adjusted for inflation, they are still, in effect, producing a real negative interest rate. Plus, for all the talk of “how high can they go”, interest rates on the much watched 10-year Treasury will probably go over 2.00%, but for how long..? Domestic growth is the envy of the world, including China, so that will not tamp growth, yet as the Fed recedes into the background, they will be lurking, ready to “manage” when they think necessary. Throw in any attempt to reduce their massive $ 8+ trillion balance sheet and there are multiple rough patches for the markets to work through. Last, for all the social engineering/activism the Fed proclaims, it has exacerbated income inequality, exactly what it says it is trying to fight against. Hypocrisy at it’s finest.

On to the pandemic and which Greek-named variant are we on now..? Soon enough we will run out of letters and the hope of this dreadful disease turning endemic, along with rising vaccinations worldwide, will begin to morph into a situation of managing the disease on a daily basis, rather than play whack-a-mole, every time a new strain emerges. Kudos to all front-line health care workers that have been battling this unenviable situation since late 2019. One can only pray human immunity will rule the day and not a day too soon!!!

Washington D.C. Where do I begin..? First of all, is the spending largesse over with? I truly hope it is. Enough of the indiscriminate transfer payments, a hallmark of the past two years (Yes, both administrations) and start focusing on those individuals that need a hand up, not a handout. My biggest pet peeve and it should be yours as well is the cloak and dagger shenanigans of expunging student debt. Never mind the Federal Government forced out private college loan entities and created a one-stop monopoly, which in turn has given latitude to the various debt elimination proposals (schemes, really) as recently proposed by various members of Congress. This is another backdoor way of welfare/moral hazard in that you take out a contract, you follow the rules of the contract. Forget you attained a degree in something that may not help you in paying your bills. It was your choice, no one forced you, so simply, pay up! Remember Build Back Better?!? I certainly do and thankfully it was shot down by two sane Democrats, but now that we are in an election year, watch bits and pieces get resurrected and probably passed. I am all for infrastructure (Roads & Bridges, not Charging Stations) because the decaying is quite pronounced across the country. Other than that, forget it and go home and run on a dismal two-year record, House Reps & Senators (if applicable). Then come back after November 8th, but don’t ram something/anything through to the detriment of the American people. Otherwise, you are no better than the con man turned Congressman, Jeff Johnson (Thomas Jefferson Johnson) as portrayed by Eddie Murphy in the 1992 movie, The Distinguished Gentleman, in once you get to DC, it’s all about you and not your constituents.

I took a course in college named, Logistics and Distribution, and had a phenomenal professor, Dr. Michael Evers (later became Dean) which was required in my coursework for graduation. Until very recently, this was a sleepy little area of business, mainly behind the scenes, in the grand scheme of running a business. Now, if I say Supply Chain, you know immediately what I am talking about and the challenges presented and experienced, present day. Who knew how fragile logistics could be, getting products/services from factory to end user. This has been a major wakeup call worldwide and whereas disruptions will continue in 2022, I fervently hope the kinks in the chain are mitigated, otherwise, it will continue to feed inflation and bite the American consumer even harder.

Now I already touched on the mid-term elections somewhat, but it does bear watching for the composition of the House and Senate. Historically, the party in power “normally” loses seats and that will probably be the case later this year, so what that sets up is gridlock in Years 3-4 of the Biden Administration. Why does that matter..? As perverse as it is, gridlock is “normally” good for equity markets, since Congress can’t muck things up too much, and with higher interest rates on the horizon, companies should produce earnings in a benign environment. What could possibly go wrong?

Geopolitical concerns, namely Ukraine and Taiwan, that’s what. Putin still envisions a Soviet Union and Xi, a ‘united’ China. Whereas it may have been Iran & North Korea (nuclear ambitions) these are small potatoes compared with Mother Russia and Mao’s China. Should Russia invade Ukraine and occupies US and NATO’s attention, will that open the door for China to annex Taiwan..? ‘Speak loudly, but carry a Big Stick’ only goes so far and being half a world away, what could/would the US, UN, etc., expect to do..? Of all the things I am noting in this GAZBit, this is my area of greatest concern. I have no idea how the equity markets would take this and think of Taiwan Semiconductor, the world’s largest chip manufacturer, in the hands of the Communist Chinese..? Think that may affect supply chains a little bit..?!? I really hope the war gaming/scenarios are current, but when push comes to shove, what would one do…

One last topic for fun is Millionaires and Billionaires fighting, better known as the MLB lockout. Really..? You are bitching and moaning over money, playing a game…? All I can say is get as grip and figure it out. With all that is going on in the world, this ranks as so petty, small and then you wonder why America’s Pastime is an afterthought.

Rant over, how does any or all of this affect you, or, more pointedly, what does this mean for your money? Expect a lot of choppiness for the first half of 2022, in my opinion, as the equity markets try to reconcile the rise in interest rates. No one will know what ‘Fair Value’ is simply because the flood of cheap money has been historic and normal valuation measures were worthless. Now, however, they are worthwhile, but to what degree..? Historical norms? I doubt that, since the world is awash in debt and only the bond vigilantes know what will trigger a massive selloff in equities, both domestic and foreign. Considering we are waaaay overdue for at least a 10% correction in major stock averages (again, probably first half of 2022) it is time to play defense and ride the interest rate increase wave up to your advantage, namely above average yielding preferred stocks, with a fixed coupon of 5.50% or higher and/or play a discounted to par preferred, that can be called in the near term, since it will probably be higher than current interest rates. Beyond that, quality, and better yet, domestic quality. Large, multi-national corporations that can weather any economic storm and excel in a slowing growth environment, spin off reliable dividends and perhaps a stock buyback, that will help support the underlying equity price. Focus should be on dividends/interest with nominal capital appreciation for a total return of mid to upper single digits. Beyond that, you are playing with destiny or perhaps, fate.

Make no mistake, investing will be more difficult going forward. Period. Out with unicorns; In with stability. Thus, think Health Care, Technology (yes, volatile, but one of the few growth areas) and select income-producing investments, as the hunt for yield only gets more acute. Same as last year, look to IOO for large cap, international exposure and forget submerging, I mean, emerging markets. Fools gold personified. The first half of 2022 is all about capital preservation and the second half may offer some, repeat some, respite, but not until rising interest rates are factored in and mid-term elections are complete. After all this time, boring is beautiful, Embrace dearly or ‘Fear The Reaper’ (apologies to Blue Oyster Cult). I look forward to our upcoming, in-person dialogues… 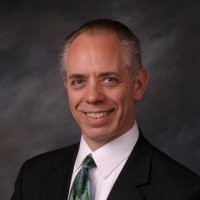